The Oregon-Idaho Conference has hired three new staff members recently and re-aligned another position to meet the growing and changing needs of the churches and individuals that make up the conference.

David Sneed has been hired as the accounts payable assistant in the finance department, Holly Dolan will serve as the registrar for camping and retreat ministries and Kristen Caldwell is the new communications associate. 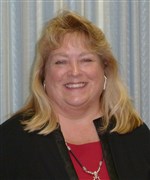 “This will provide us with the opportunity to continue to deepen and expand our connection between the conference and our local churches – expanding the range of projects we’re able to do,” said the Rev. Lowell Greathouse, Oregon-Idaho Conference Director of Mission and Ministry. “I think people will see the difference over time as we strengthen this connection.” 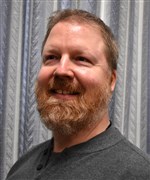 Sneed comes to the conference office after having spent more than four years working in the accounting department at The Oregonian. Originally from Manhattan, Sneed received his master’s of divinity degree from Union Theological Seminary in New York and considered being a Hospice chaplain before making the decision to move to Portland 10 years ago. In 2012 he took an extended vacation to travel around India. Sneed said he’s eager to be working in the non-profit world again. His first job when he moved to Portland was working for the non-profit ReBuilding Center in administration and accounting. He reports to Conference Treasurer Rev. Dan Wilson-Fey.

Caldwell comes to The Oregon-Idaho Conference after a 12-year career in journalism and one year in political communications, mostly in Montana. Caldwell recently moved to the Portland area with her husband, but has been actively involved in the United Methodist Church her whole life. 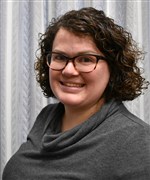 While working full-time as a newspaper reporter in Montana she was youth coordinator at her local church, travelled to Angola with a Yellowstone Annual Conference missions team in 2012 and was the Yellowstone Annual Conference’s part-time Imagine No Malaria field coordinator. She’ll report to Oregon-Idaho Conference Communications Director Greg Nelson working part-time to help tell the stories of the conference.

“I’ve been dreaming about using my skills to help tell the stories of the people and churches who make up the United Methodist Church for a long time,” Caldwell said. “This is an amazing opportunity to tell some really great stories.”

Minus a six-year stint in Alberta, Canada, Dolan has called Portland home for 24 years. She reports to Executive Director of Camping and Retreat Ministries Todd Bartlett. While living in Alberta, Dolan was involved in volunteer management for festivals such as WordFest before her recent move back. 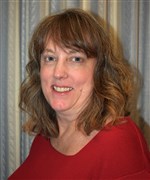 Dolan and her husband were married in the Montavilla United Methodist Church 19 years ago and have two children, 18 and 16, attending many family camps at Magruder over the years. Born and raised in Indiana, Dolan worked in theater lighting and technology on the east coast for a few years only to have a friend call her and beg her to move to Portland with the promise she’d get her “an apartment, a job and a man.”

It was announced in September that Geneva Cook, who has served as registrar for camping for 22 years is moving to a new role within camping as accountant for the six site network.