Ontario FUMC to close its doors, remain a family

Ontario FUMC to close its doors, remain a family 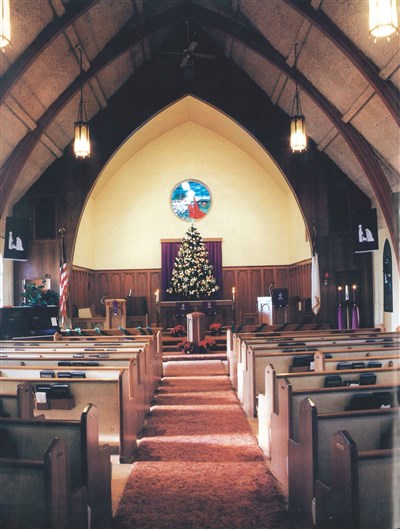 What would be considered unconventional evangelism techniques today somehow worked in 1963 to get Don and Jo Hicks in the door of Ontario First United Methodist Church.

Jo Hicks said the couple was “called on” by Rev. Tom Foster not long after they arrived in Ontario. They were somewhat-surprised by the quick reach of the pastor, until they learned every month he would call the power company to find out who was new in town.

“They probably don’t do that anymore,” Hicks said, but they’ve stuck around for the last 55 years.

And the Hicks will be sticking together with a dozen or so other longtime parishioners and families still worshiping in this sacred space after Ontario First UMC holds its last church service on June 17.

“It was a great place to raise our kids,” Hicks said.

For more than 125 years, Ontario First United Methodist Church has been a great place to raise a family, hold a fish fry, support Scouting programs, a home for drug and alcohol rehabilitation programs, and learn how to dance western swing.

According to church history prepared by Gary Schneider, in the 1890s, Ontario was a town of “dirt streets, many saloons and only one Congregationalist minister.” There were often traveling preachers who came through town, but in 1892 approximately 30 “stalwart individuals” got together to form what was the original Methodist Church in Ontario.

For several years they gathered in a rented store building with a leaky roof, or sometimes gathered in a four-room schoolhouse, but when the weather got cold they held services in private homes. In 1896, Rev. G.A. Lauder, presiding elder, officially recognized the church as a Methodist Congregation.

In 1896 fundraising began for a building, with women in the Ladies Aid Society holding rummage sales, making quilts and other efforts. By 1909 the first church on the corner SW 1st Street and 6th Avenue was complete.

But with church membership growing, in 1920 the church building was moved to the back of the lot and a “basement church” was constructed in its place. Sunday services were held in the new space and the old structure is where Sunday school was housed before the building was eventually sold to First Christian Church.

In 1972 a new parsonage was purchased next to the church and in 1974, an old bell from Flora, Oregon, was installed at the church.

Over the years the church has been home to a Seventh Day Adventist congregation, has a long history of creating bibs for the local nursing home and supplying layettes for those living in poverty, and has raised up many Eagle Scouts, Society of Distinguished High School students and more.

Hicks recalled fondly the monthly workshops or outings in which the church participated. She took western swing dance classes, played Bunco and took a trip with her fellow church-goers to the Morrison Center in Boise. 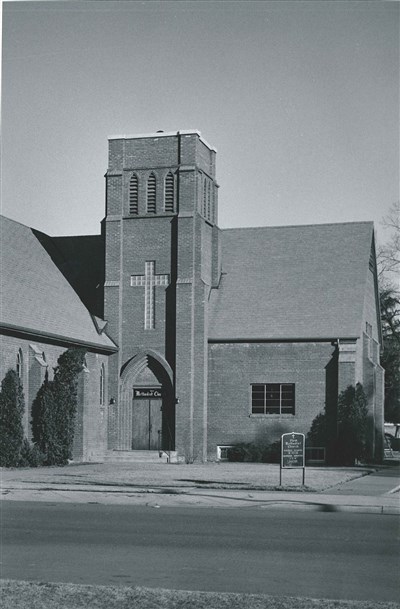 Grace Hammon and her husband Ed arrived at Ontario First UMC in 1970 with their children. After being married in the United Methodist Church in Caldwell and attending UMCs in Eugene and Medford, it didn’t require any fancy tricks – or trips to the power company – to get them to start attending.

“We are Methodists and we’re comfortable there,” Hammon said.

She enjoyed watching her daughter get married in the church and her grandchildren confirmed here, too.

But over time, demographics have changed in Ontario and at First United Methodist Church. In 1959, the church boasted 389 members. By 1989 that number had dwindled to 149. Membership has been on the decline due to many factors, church members said.

Right now, Hicks said they have between a dozen to 20 people worshipping together on Sundays. As the membership of the congregation has aged and the population has decreased it was apparent to church members that at some point they weren’t going to be able to afford to keep up their own building anymore.

“We’ve had a lot of tears and a lot of hard times,” Hicks said.

But in the face of difficult financial decisions, the church has still been reaching out in mission. A few years ago, Hicks said they started holding a block party barbecue for people in the neighborhood around the church.

One of their neighbors happened to be James Vogt, pastor of the non-denominational Origins church in Ontario. The church was outgrowing its space in town and needed a larger home.

After many conversations, members of First United Methodist Church donated their building to the Origins church in March 2017 and continued as tenants. They’ll be worshipping there right up until their last service on June 17.

Hammon long hoped that her church would see a resurgence in membership and youth participation. She admits it has taken her a while to accept that it wouldn’t be a United Methodist Church capable of making that growth happen.

But members said their church closure isn’t going to keep them from continuing to gather. Formally, their church membership will be transferred to Payette First UMC. But Hicks said they’ve had folks from Fruitland First UMC visit with them as well about joining their congregation.

They might also return to their 1892 roots -- finding someone's home or a local business where they’ll continue to try and gather monthly in Ontario. There’s just too much history and friendship to let go.

“We’re trying to stay together as much as possible,” Hicks said. “It’s not a church to us. We’re family.”