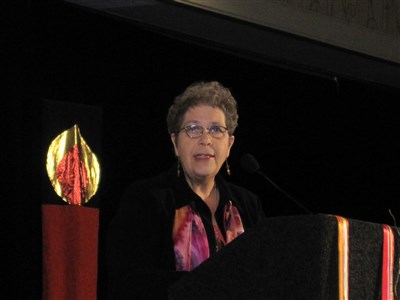 The two women representing the Oregon-Idaho Conference at the special called General Conference session of The United Methodist Church later this month are no strangers to most in Oregon and Idaho.

But Rev. Donna Pritchard, clergy delegate, and Jan Nelson, lay delegate, are feeling incredibly grateful, humbled and honored to represent the Conference and vote on the future of the denomination as it relates to human sexuality and inclusivity in the UMC.

“This is a watershed moment for the denomination,” Pritchard said.

She should know. After all, the senior pastor at First United Methodist Church in Portland was involved in shaping one of the main plans on how to move the denomination to this special General Conference as one of the 32 members of the Commission on a Way Forward.

For nearly three years, she has been traveling around the globe and working with other church leaders – clergy and lay – to listen deeply, pray, and discuss ways in which the United Methodist Church can stay that way while also accepting the differences that exist within the church family.

Pritchard’s grateful that her home church family at Portland First UMC has been patient with her as she’s spent a lot of time out of the pulpit and away from her local community to work on behalf of the greater church community.

She supports the One Church Plan initially offered by the Commission, because of the flexibility it gives to conferences and churches to respond to the issue of LGBTQ inclusion as they see fit.

“I’m committed to United Methodists being a global church and a community without uniformity,” Pritchard said.

Her hope is that delegates at General Conference really listen more deeply to each other than they ever have before and come to a place of more inclusion.

“I am hopeful as we approach General Conference that the Holy Spirit is going to be present,” Pritchard said. 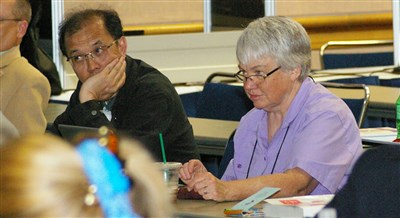 ter retiring from 30 years of teaching, Nelson, from Salem, got really involved in church leadership at the Conference level. She currently serves as the Oregon-Idaho Conference lay leader and she’s been a delegate to General Conferences since attending as a volunteer in 2004, then as a reserve delegate in 2008. In 2012, she became a voting delegate.

Initially, Nelson said her involvement at the General Conference was spurred by action for full inclusion of LGBTQ individuals within the denomination.

“But it’s become a big picture thing,” she said.

She sees the way the United Methodist Church responds to areas of social justice and serves in connectional ways around the world – from Africa to the U.S. to the Philippines.

“I see the big picture in terms of global issues,” she said. “I think we could really be a powerful force for good in the world.”

The way in which Nelson sees that continuing to happen after the General Conference is for everyone to agree on the One Church Plan.
Since being elected to represent the Oregon-Idaho Conference for General Conference in 2016 and for this special gathering in St. Louis in two weeks, Nelson said she’s been reading up on all the plans and finds the One Church one to be the best, but she’s trying to go in with an open mind on possible amendments.

“I’m cautiously optimistic for the One Church Plan,” she said. “But I’m not taking anything for granted at all.”