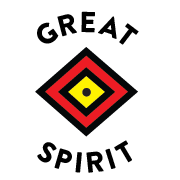 When a name no longer fits the identity of a church, it may just have to change. This is what the people now called Great Spirit United Methodist Church, formerly Wilshire Native American Fellowship located at Wilshire United Methodist Church, have discovered and formalized in a naming ceremony during Sunday morning worship on October 7, 2018. While Great Spirit has a new name, it’s still located in the Wilshire neighborhood of northeast Portland.

Reverend Allen Buck was appointed to Wilshire as a new start pastor in July 2017 and came to a congregation that hosted an existing Native American fellowship and a small white congregation. It was a group that Columbia District superintendent Rev. Erin Martin described as “struggling, feisty,” and, perhaps, most importantly, “in love.” While the congregation had always been small, in the years leading up to Buck’s arrival, the number in attendance had been steadily declining - to the point where the church could no longer sustain an appointed pastor, even on a part-time level.

Great Spirit member Kerrie Young remembers those days well. Young, who Martin describes as “a great bridger of people” in her own right, began attending the church three years ago and recalls being one of a handful of people in attendance, “mostly elder women.” But she, like the others who attended, and the leadership of the annual conference, would not let go of the region’s only United Methodist Native American worshipping body.

The tide began to shift when Martin received communication from Buck, a new start pastor from Oklahoma, looking to restart his ministry in a new context. Martin described the moment as nothing less than a miracle. “Here is this incredibly gifted new start pastor, who happens to be 10th generation Cherokee, five generations removed from a Cherokee chief, and here we have a struggling Native American fellowship badly in need of revitalization.” It was a match made in heaven.

The ceremony itself was organized by members of Great Spirit, and the 150 in attendance were mesmerized by the cacophonous rhythms of Native drumming. That thunderous beginning filled the room and Martin noted that she experienced “awe and was overwhelmed” by the moment. “This is huge. There are no words to assess except that I believe that this is what happens when the white church gets out of the way.” The ceremony also included Young playing the flute, congregational singing, generous hospitality of food and 300 handcrafted and blessed necklaces, and closing remarks by Bishop Elaine Stanovksy.

But Buck was moved by how the elders of the Native community, themselves not official members of Great Spirit, showed up and put the church under their wings. “They all spoke it into existence … like a young person entering this world, they all have hopes and dreams for this congregation.”

Buck said that while the ceremony was very important and that it marked the beginning in the best way possible, it is just the beginning. The hopes and dreams of the congregation will come to fruition not because of ceremonies, but because if its actions. He noted that the biggest transition this church will make beginning with the naming, is seeing itself as bigger than its resident neighborhood. “We are not a wealthy people – most don’t live in the neighborhood,” because home prices in the Wilshire neighborhood are soaring. Therefore, he says that “the name had to be much broader” and its mission must represent that. While it is hard to see exactly where the church will be in the next five years, he sees that the next steps for the congregation will absolutely be about leadership development and deepening the relational connections among themselves and their surrounding communities.

He likens the naming event to a christening, marking a new trajectory for Great Spirit, which he senses will embody relational practices, and be sensitive and respondent to environmental injustices and intergenerational trauma, both pressures that are felt deeply by his community.